BGL Group is a financial services company who work within vehicle and home insurance as well as supplementary products.  This particular event was for the HR Department who are going through some changes with their values and objectives.

This event was be held at Yorkshire Wildlife Park for approximately 120 people. The task was to create two fun and energising activities, that get people talking to one another and living out the company values, alongside their pre-arranged activities of the Animal Experiences.

Wildfire organised a fully managed event, including facilitation of the day, the sessions and design work for the activities. The three activities were a Tablet Treasure Hunt, Masterpiece Challenge, and Animal Experience Feedback Sessions.

The bespoke treasure hunt was created in line with the animals at the park, as well as specific BGL questions. Using Image Recognition, the teams had 2 hours to walk around the park to complete as many tasks as possible. These tasks included general knowledge, animal questions, BGL questions, and video and picture challenges. All of the tasks were scored and totalled up at the end to award the winning team with the trophy and medals. All images and videos were then collated into a montage and fed back to BGL at the end of the event.

A brilliant collaborative event that gets teams to think creatively as well as talking to one another to ensure the final image matches up! This activity started in the pre-event meetings, where we were planning and designing a bespoke image specific to BGL, which included all of their logos and values to be used across the design. At Wildfire, we understand the clients and immerse ourselves in their culture to ensure that the event delivers on all of their objectives.

In each session, we had 5 teams working on two canvasses per team, to create 40 canvasses in total. Their section was split up and the two canvasses each team were working on were not adjoining, and therefore had to speak to other teams to match up lines, designs and colours. This activity is made harder by limiting the time that the groups can see the image, testing their memory and teamwork to make sure the time they had was used wisely.

At the end of the day, all 40 canvasses were brought together to create the bigger image. The image was then transported to the clients’ offices for them to keep, showcasing the teams’ efforts from the day.

Through the venue, 4 animal experience sessions were booked throughout the day; Tigers, Painted Dogs, Lions and Baboons.

As part of this session, Wildfire worked created a feedback activity to encourage delegates to think about their values and behaviours at work. Wildfire managed the session with dedicated members of staff to lead the delegates around the park and also facilitate the feedback activity. Three behaviours from each of the animals were discussed through the experience, and were then reflected upon back in the conference room. Wildfire designed 4 different animal panels prior to the event and during the activity each person was assigned a BGL value or behaviour. Delegates then had to communicate within their groups as to which BGL value/behaviour matched the animal behaviour. This generated a discussion around the room and brought about new ideas and thoughts on how they can use their values in their everyday work.

“I just wanted to drop an email on behalf of the D&D team to say thank you for yesterday. It really was a great day which was run smoothly without any hiccups.

It’s been an absolute pleasure to deal with both of you and all of your team, and certainly all the conversations and planning was worth it.” 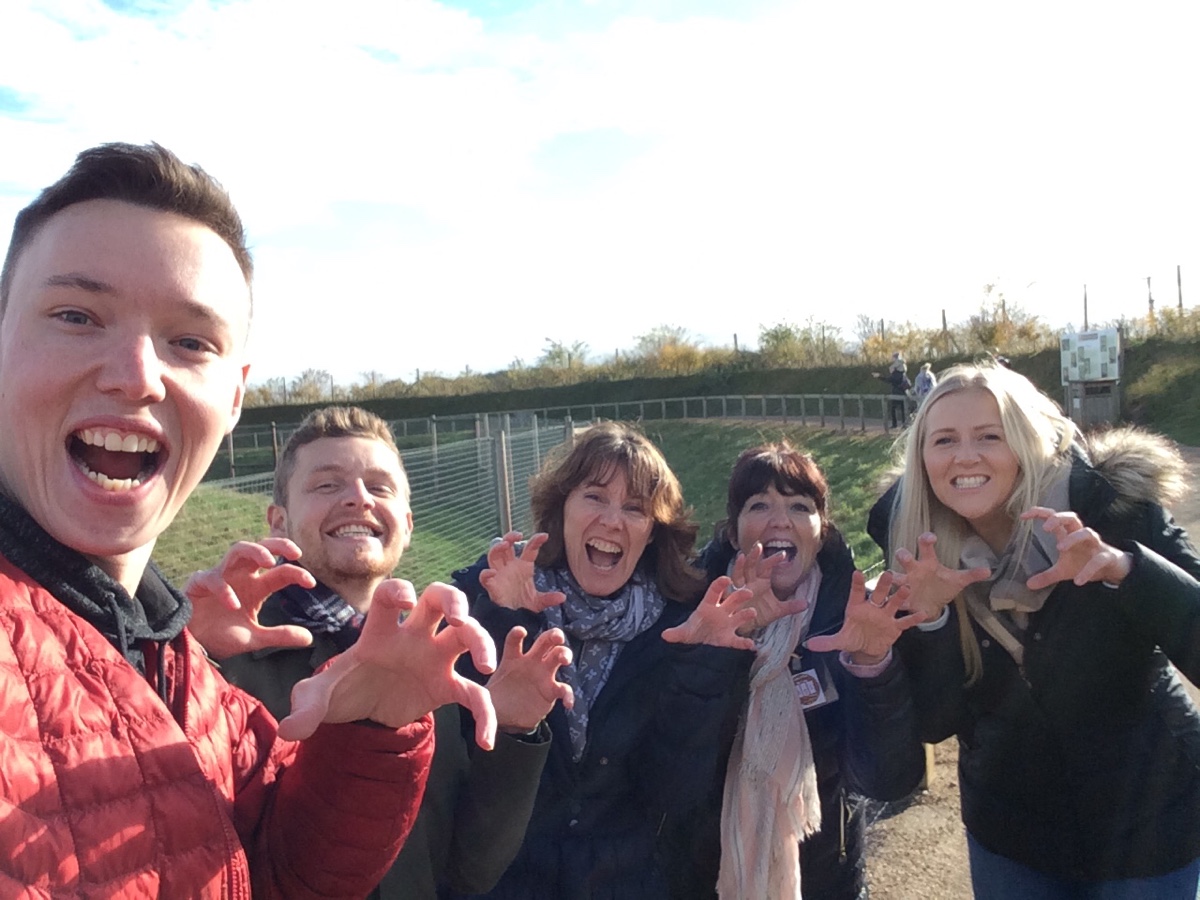 About Us View All Events